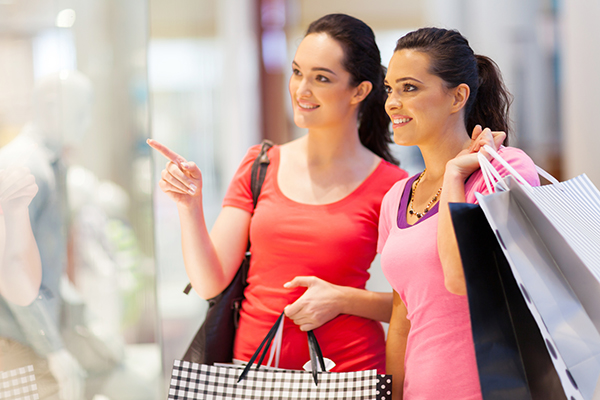 Whether you’re already a veteran mystery shopper or you’re just checking out the field and researching the various MSPs (Mystery shopping Providers), one question you may ask yourself before you go on a shop is: “Why am I even being paid to go to this store and then fill out my report?”

It’s a very good question. Clearly, the companies that sell their goods and services are motivated to pay companies like RBG to pay you to do their shops. And if they’re motivated to do that, they must be getting value out of those shops, especially if they are continuing to do them after the first few, right? So what is that value? Here’s an insider look at just that!

In the most basic sense, companies are getting value out of these shops because if they can receive measurable data about how satisfied their customers are, then they can take specific steps to improve it. Customer Satisfaction is a very subjective term, and different people measure their own level of satisfaction in very different ways.

With mystery shops, companies get a higher level of data collection than they would with the traditional “How satisfied were you?” ratings game on a comment card. They can find out what steps of service their employees are following because shoppers are more motivated than the average customer to be truthful, observant, and detailed. Some customers might never even look at that “How satisfied were you?” comment card unless they are already dissatisfied with the service, which shows the company a view of their service that is not only subjective, but one-sided. But when companies get mystery shopping data, it gives them the full picture and objective, detailed steps on how to improve.

There’s a much-debated saying that companies spend five times more money on getting a new customer than they do on retaining their current ones. While the finer details of this saying may vary from business to business (and some may call it a myth), the truth of it is irrefutable – when you already have a customer in your store, you only have to expend the effort of keeping them happy. When you do not yet have a customer in your store, you have to expend the effort of finding the next one and keeping them happy. In business, time and effort always equates to money spent. It’s just common sense.

It’s also common sense that a happy customer is one who will return more frequently, and an unhappy customer will look for a company that values their business. To provide a more extreme example of this, if there is an error in the system of a retail chain where you just made a purchase, and you get charged $100.00 for a $10.00 item, it’s natural to feel upset. It’s also natural to want to talk to someone about your return. However, there’s a huge difference between talking to an associate who fixes the error without a smile or eye contact, and an associate who fixes the error, apologizes for the issue, asks if there’s anything they can do to make it up to you, and ends up making you laugh before you leave the store with a joke about helping her kids with their money management. Normally, this kind of interaction might not get caught by upper-level management – but if that company has a mystery shop focused on returns, they would know right away, and be able to make sure all employees made their customers leave happy.

People who provide great customer service not only follow the steps laid out in the company handbook, they also know how to react to a situation to produce a favorable outcome. They develop relationships with their customers. They smile. They produce an atmosphere that makes you want to come back again and again, even when the occasional slip-up occurs.

The number one way that people hear about established or up-and-coming businesses is through their friends and family. Everyone knows about that restaurant up the street that always had a line out of the door – and if they decide to wait in line to see what all the fuss is about, they’ll tell all of their friends about their great experience, especially in today’s world where that story is only a wireless Facebook post away.

At the same time, everyone also knows about that dingy furniture store in the neighborhood where their cousin got a bad deal on a couch, then couldn’t get any service when they tried to make the return and wasted a day on the phone with corporate trying to get the whole issue sorted out before the bill came.

When a company pays you to shop their store, and then manages to make improvements on any areas they were lacking in, they are saving themselves that next bad review, and increasing the chance of getting that line out of the door. They’re building reputation with the community, and if they are a chain of stores, with the world. Word of mouth is like free advertising, and who doesn’t want that?

We’re all human, and this is especially true in the field of Customer Service. The fact is, though, people make mistakes. When you were in the first week of your job, odds are that you weren’t a master of everything that you did. You made mistakes, asked questions, and got advice and maybe even some correction from your supervisor.

No one is perfect. Mistakes are important, because that’s how we know where to improve. But if you were left alone to your first-week mistakes, you would have repeated them until they became a daily habit. If someone pointed those issues out to you down the road it would be much harder to correct. There are few things more frustrating than being told that the task you thought you were doing right was being done wrong the whole time!

But with mystery shops, MSPs can assist companies in improving their services by catching those mistakes early, even to the point of correcting bad habits of sales and service that the entire company might have otherwise practiced. And catching those mistakes early can save a company hundreds, thousands, maybe even millions of dollars. For example, if a chain restaurant started serving a new dish, but every mystery shopper commented that the dish was very overcooked, the company would know almost immediately to adjust the cook times they sent out to their franchises. That would save a boatload of money on food being sent back to the kitchen!

If you were going to try and improve yourself in some way – whether it was learning a new skill, improving your health, or getting your budget in order – you would start small and keep going. For example, if you were trying to learn to play the guitar, your first steps might be to buy a guitar and a few books on how to play it. Maybe you would watch some YouTube videos showing other people playing the guitar. You would practice, learn new chords, and by the end you would know the basics of how to play the guitar. But you wouldn’t stop there, would you? Of course not! You would want to get lessons, because a music teacher would be the best way to find out if you’re doing it right. You might also play for your friends and ask for feedback. With a skill like music, you don’t want to play in a vacuum, you play for other people! So you keep improving until you can really consider yourself a master guitarist – and then people will be asking you for lessons.

It’s the same with the clients of mystery shopping providers like RBG. Like the above illustration, they aren’t starting out as novices in the field of customer service. They’re learning to get even better by getting a third party perspective, because you can’t fix a problem you don’t see. And even once these clients get to the point where they’re winning awards for customer service, so that they consider themselves masters in the field, mystery shopping is a great way to train their newest employees or make sure that their upper-level employees keep their skills sharp.

So with all this in mind, and taking into account all these benefits, is it any wonder that companies secret shop?

This is part 2 of a 2 blog post series. In our last article, Why Companies Secret Shop we discussed the question, “Why am I being paid money to secret shop and fill...

No matter what your job is – even if you don’t like it – if you try really hard, you can find a perk or two. Maybe you have a...

Subscribe to our newsletter for news, updates, and deals.

How do you Improve Grocery Store Customer Experience? As a grocery store owner or manager, you take pride in your building and the products and produce you provide. Most importantly, you understand that the customer experience is what makes your store stand out.  Does grocery store mystery shopping still work?…